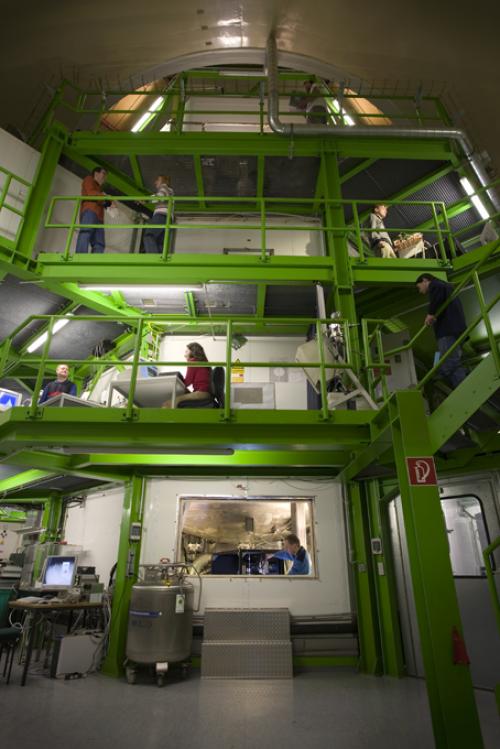 The AQUAVIT-4 international atmospheric hygrometer campaign was held from March 21 to April 08, 2022 at the AIDA simulation chamber on the KIT Campus in the frame of HEMERA with the support of ATMO-ACCESS TNA program. This campaign illustrates ACTRIS facilities’ ability to provide services to another Research Infrastructure -HEMERA- and improve atmospheric observations.

The campaign objectives were:

The present campaign has been held in the frame of the HEMERA H2020 European project, a new research infrastructure involving a large community in balloon-borne researches. In this frame, AQUAVIT-4 is intended to document the performances and suitable range of operation of a set of light innovative instruments around atmospheric hygrometry, relevant for Copernicus activities. AquaVIT-4 aims at supporting newly developed european hygrometers in their calibration efforts against reference and well-known instruments.

This campaign focused on water vapor, one of the most challenging meteorological atmospheric variables to measure. The World Meteorological Organization (WMO) and the Comité International des Poids et Mesures (CIPM) have signed the Mutual Recognition Arrangement (MRA), supporting the need for improved measurements and taking steps to improve the matters. In response, the MeteoMet project was launched in 2011 by 18 European meteorological institutes. Currently, water vapor is the second key meteorological variable to be considered after temperature.

Indeed, water vapor is a greenhouse gas which acts also as a climate feedback. Studies based on climate models (Goddard Earth Observing System Chemistry Climate Model (GEOSCCM)) show that stratospheric water vapor enhances the greenhouse effect due to long-lived trace gases such as CO2 or methane. The contribution of stratospheric water vapor in the global radiative balance is estimated between 0.1 and 0.3 W/m2.  This could lead to temperature change from 0.1 (~5%) to 0.4 K (~10%) in case of doubling CO2.

For decades, measuring water vapor in the upper troposphere and lower stratosphere (UT-LS) has remained a real technical challenge. Indeed, the stratosphere is an extremely dry layer. Progresses in science have been limited due to: 1- the sparcity of observations in tropical regions, the main gateway of tropospheric species to the stratosphere, 2- instrumental biases (of about 50% for mixing ratio below 10 ppm) above stated uncertainties. 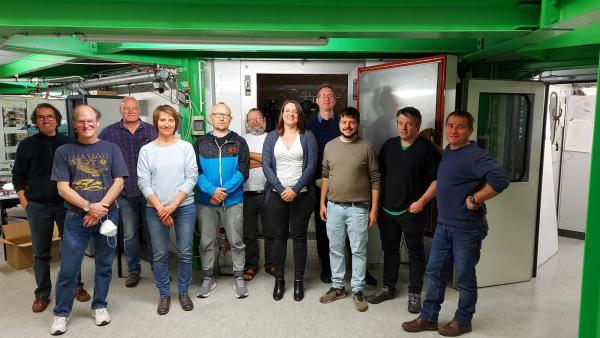 A referee board composed of international experts (K. Rosenloff, NOAA, USA; M. Fujiwara, Faculty of Earth Sciences, Japan; O. Möhler, KIT, Germany) has been set up in order to define the moisture conditions to be generated during the blind week of the campaign, as well as to perform the analysis of the blind data.

The campaign was splitted into 3 phases :

A balloon campaign from the CNES balloon facility in Aire-sur-l'Adour is planned from September 12 to 23, 2022, in addition to AQUAVIT-4. This balloon-borne campaign is intended to evaluate the hygrometers in real conditions, under the influence of environmental perturbations. This campaign will be designed in synergy with the GRUAN campaign in Linderberg. 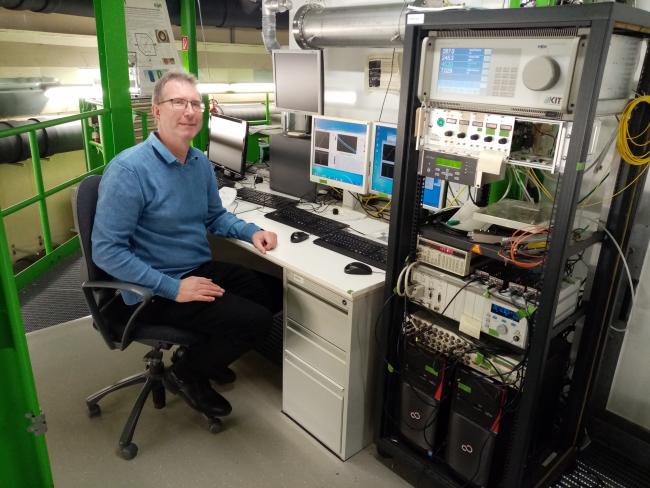 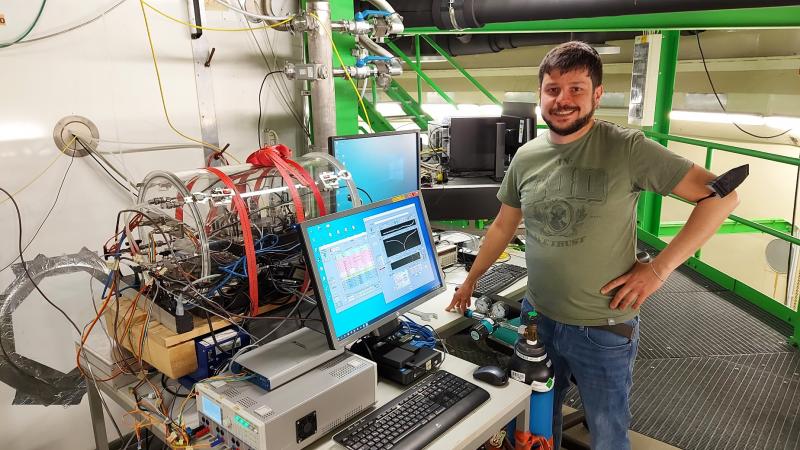 Simone Brunamonti (EMPA, Switzerland) near the diode laser hygrometer Albatross, sampling the air from outside AIDA. 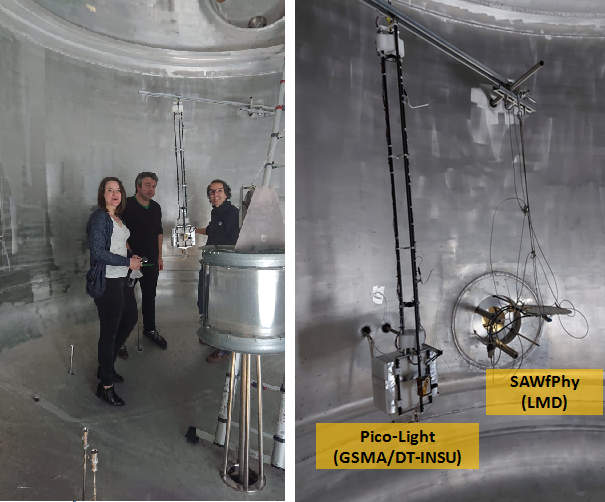 On the left: The Pico-SDLA team in the main vessel of AIDA. M. Ghysels-Dubois (GSMA, CNRS, left, PI of AQUAVIT-4), F. Frérot (DT-INSU, CNRS, center) and N. Amarouche (DT-INSU, CNRS, right) are de-installing the Pico-Light hygrometer on 08 April 2022. On the right: Picture of the Pico-Light (GSMA/DT-INSU,CNRS) and SAWfPhy (LMD, CNRS) hygrometers, integratedinside the main vessel of AIDA.