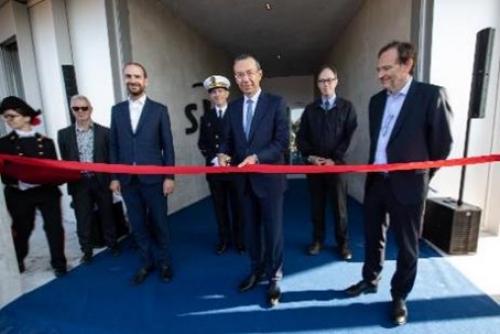 After nearly 20 years of operation, the SIRTA observatory was completely redesigned to sustain operations until at least the mid-century. Equipped with a 600m2 building and a 50m mast, located in a 2.5-ha parcel, to host over one hundred sensors, the infrastructure is integrated into a 40-ha natural environment sanctuary on the campus of Ecole Polytechnique, near the urban area of the Plateau de Saclay (France).

The site’s ceremonial inauguration took place on Friday morning and included a presentation of the observatory and the architectural project in the conference room of the new building. In order to place the site's activities at the core of the current climate issues, Mrs. Valérie Masson-Delmotte, co-chair of the IPCC group n°1, presented the new IPCC report and its conclusions.

The afternoon was dedicated to technical and scientific presentations. Through a guided tour leading to 6 different workshops distributed at key locations in the building, the participants discovered the activities of the SIRTA and the projects carried out by the whole team of the observatory. 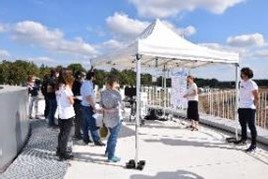 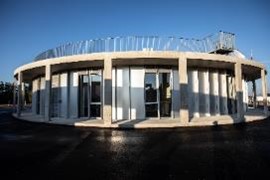 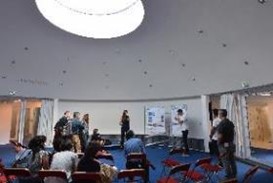 This new environment, doubling the capacity of the observatory, will support research and teaching by :

The metamorphosis of the SIRTA observatory, concomitant with the construction of the European research infrastructure ACTRIS, is an unprecedented opportunity for the observatory to make its expertise and equipment available to the scientific community at large. The site will be fully integrated into ACTRIS, not only as a national facility but also by hosting the work of two thematic centers: CCRES (Centre for Cloud Remote Sensing) and ACMCC (Aerosol Chemical Monitor Calibration Center).

International users will have the opportunity to access the brand new observatory and its instruments under the first ATMO ACCESS call open from October 28, 2021 to January 28, 2022. Stay tuned!