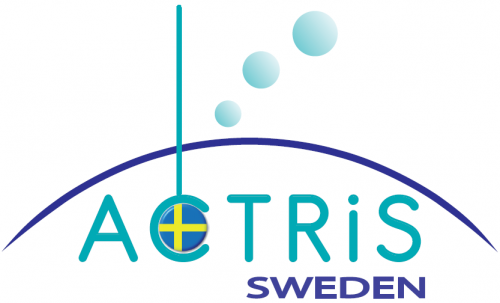 On 22 September, the Swedish Research Council announced its decision to fund ACTRIS Sweden, without any cuts in the budget presented in the proposal. ACTRIS Sweden will now be established as a national Research Infrastructure, with six RPOs (Research Performing Organizations) taking part in the 5-year Implementation Phase starting January 2022.

For scientific as well as logistical reasons, the ACTRIS Sweden strategy is to strictly co-locate all our sites with those of ICOS, in Sweden and on Svalbard (Zeppelin).

With the funding received, ACTRIS Sweden will implement five co-located ACTRIS-ICOS stations along a north-south gradient, and two exploratory platforms, building on considerable pre-existing resources. Upgraded and new instrumentation will be deployed for observations of ACTRIS variables, bringing the platforms to a capacity where they will fully comply with ACTRIS ERIC requirements for National Facilities.

The ACTRIS-related AIS and Cloud In-Situ (CIS) observations of Stockholm University at the Zeppelin station on Svalbard will continue and be further expanded.

Gothenburg University is responsible for setting up a mobile Exploratory In-Situ platform for observations of AIS and RTG. The latest commercially available high-resolution mass spectrometers will be employed for extensive online chemical characterization of both gas and particle phases.

SMHI is responsible for operating a cloud radar, which is currently in operation at Hyltemossa (cloud remote sensing; CRS).

Negotiations to prepare for the start-up of the national RI have already started, and the Swedish Research Council will initiate the process for Sweden to join the ACTRIS ERIC in 2022.